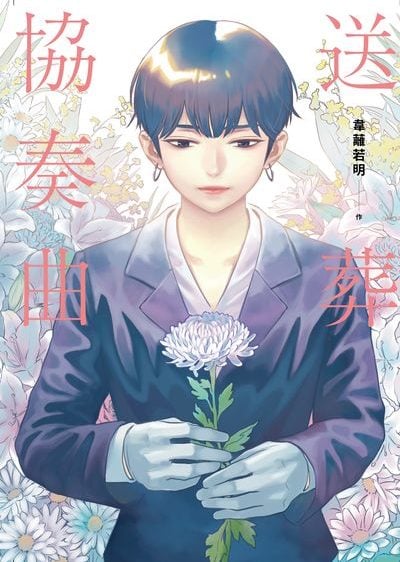 Lin Chusheng runs away from college and family for her dreams. Because of the deceased and their funerals, she gradually gains clarity on her next steps in life.

Chapter: Rookies —Chusheng drops out of school for her music career, and has a major argument with her attorney parents. After running away from home, she decides to find a random job for survival. Misunderstanding the job as a front-desk waitress, Chusheng is brought to an accident site on the first day. Even though she is mocked by Yangqing, Chusheng is determined to persist.

Chapter 2: My Baby —The subject of the second case, Xiaoguang, is still alive. The 10-year-old girl is hospitalized for a rare disease, aware that her days are numbered. She endures painful but ineffective treatments for the sake of her mother. Her father hopes to transfer her to hospice care, so she can choose her way to leave the world. He approaches the funeral home about pre-mortem arrangements. Chusheng and Xiaoguang become friends, and convince her mother that she only wishes to “go home”.

Chapter 3: Loneliness —An old man dies alone at home several days before social workers find out. When Chusheng witnesses the rotten body in a bathtub for the first time, she throws up badly. She is upset when Yangqing decides not to contact his relatives, and registers him in a group funeral. Chusheng reaches out to his family in private, and realizes that the old man betrayed them in the past. She learns a lesson through this family tragedy.

Chapter 4: Prosperous Family —After a businessperson passes away, family members only care about personal interests. Chusheng thinks funerals as such are meaningless. At this funeral without tears, she witnesses professional mourners hired to cry for the family. Amid these cries, Chusheng falls into her memories. She learns that funerals represent the memories and farewells of the deceased. Everyone is using their own way to part from history and the past.

Chapter 5: The Weight of Rainbow —Under pressure, two adolescents in love commit suicide by jumping into a river. One of them survives and hides from the world. His anxious family cannot find his body. Yangqing suggests a funeral with his personal belongs, and throwing a watermelon into the river to call his soul back. Chusheng hears Xiaoguang has passed away, and decides to face her relationship with her family.

Chapter 6: After taking care of so many funerals, it is time for Yangqing to send away his father. He tries to be rational but is emotionally overwhelmed. Chusheng forcefully takes over the process, and asks Yangqing to be a dutiful son for one last time. After the funeral, Yangqing thanks Chusheng for her help, and reminds her to not give up on her dreams, as it is “a privilege of the living”.

Lin Chusheng (21): She drops out of college, runs away from home, and enters the funeral business by accident. With a straightforward personality, she starts to rethink about life after experiencing culture shock at work.

Zhang Yangqing (33): He is the second-generation owner of a small funeral home. Calm and steady, he gives up his dreams to take over the family business, and take care of his sick father alone.

Gao Zhishan (26): He enters the business as a show of gratitude to Yangqing. He enjoys scaring new colleagues, but actually works hard and reliably.