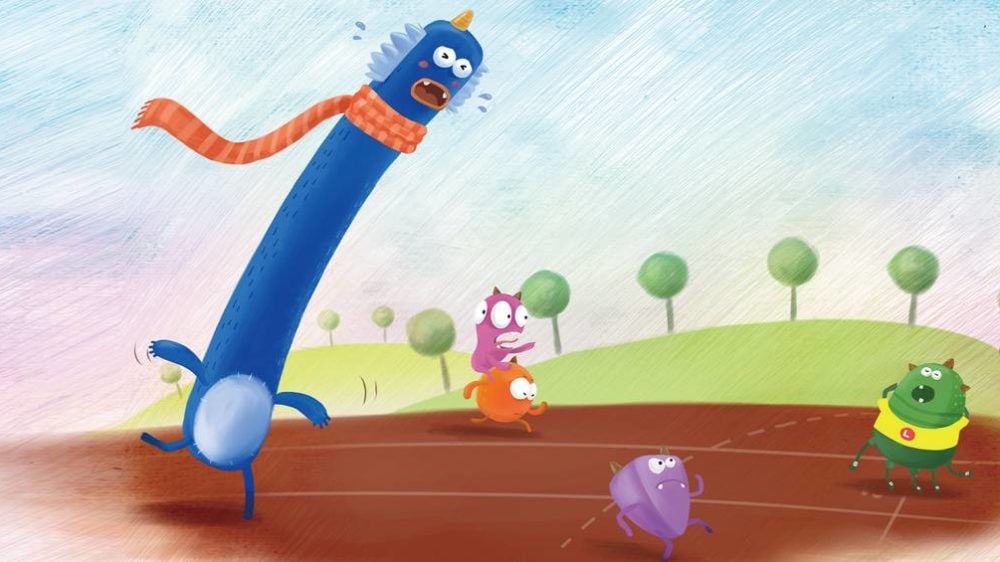 A group of monsters live in the forest. One of them named Bola. He is giant. As he is too tall, stumble is fairly normal to him. Therefore, other monsters do not want to play with him and think he is a troublemaker.
One day, there is a heavy rain in the forest, which turns the forest into the ocean. Monster’s houses are washed away by the flood and all of them are socked in the water except Bola.
Bola helps other monsters getting out of the water one by one. Suddenly, the monsters realized that “tall” is very useful at some points and they made the mistake of pushing him away just because his height.
After the rain over, they decide to give Bola a gift. But, what to give to him?