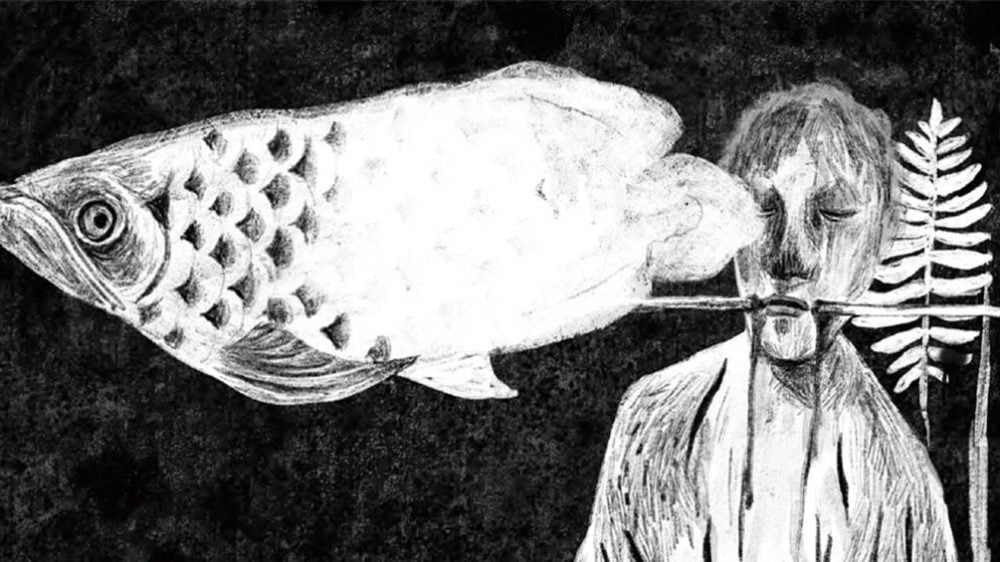 This is an age of micro-believes. Hurt by issues of the new era, people seek for comfort from believes. Cultivated on a ground of multi-culture, traditional believes transform and new believes emerge.
The five novellas in New God have specific culture reference, and the characters relate–In ‘A Thousand Scars’, Alisa, sexually abused by her father, and Wheat, threatened by his father, share a relationship of physical pain. The echo of Taoist Shaman and BDSM leads the young couple through a journey of healing.
A nightclub mistress combs through her family mystery in ‘Flora’, and realize the truth of the Flower Spirit her grandmother used to tell: an explanation for herself following the unwriting rules in the film industry.
‘The Dream That Burns’ tells the story of Dai. As she seeks for the answer of an accident her daughter caused, she recalls encountering the spirit of fire in her youth, her violent husband and herself hurting her own daughter.
The mysterious girl tells the family secret in ‘Killing Banana Trees’. All the complex between family members are brutally slashed, leaving only death behind.
A typhoon strikes the small town in ‘The Cold White Mountains’. Death toll and missing persons are all unknown. Babu the indigenous police and Luca the white priest search for the missing kids in the wood, yet get trapped by demons and guilt.