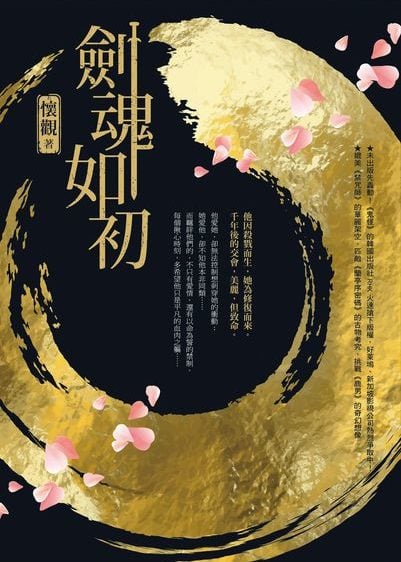 A rookie antique restorer falls in love with her colleague only to find out he is an ancient sword in human form.

Her Sword is a romantic fantasy series with a pinch of humor and a grand worldview. In the setting of the story, bronze antiquities transformed into human form thousands of years ago. They hid their identities to live among human beings, until today. Rich in suspense, love and ancient culture, the story takes place in a small cultural relics preservation company located in a fictional Asian metropolis.

Ruchu Ying, the heroine of the series, left her hometown after graduating from university to work as an antique restorer for the company. Antique restoration is a “slow” industry in a fast-paced modern society. Convinced that she will live a quiet and lonely life, Ruchu is determined to become a top restorer.

However, her world is turned upside down after she falls in love with her colleague Hsiao Liam. Accidents, deaths, crises… all kinds of unimaginable things keep happening around her. Ruchu is forced to come to terms with two things:

“Who am I” is a tricky question faced by every key character in Her Sword.

Take the male protagonist Hsiao Liam for example. He was the historically renowned Sword of Dark Night before transforming into the human form, invincible on the battlefield and having taken countless lives. But Hsiao Liam as a human being hates war and loves music.

However, he is still a blood-thirsty sword by nature. He is in love with Ruchu, but also wants to kill her.

Her Sword is not a story with good and evil. All confrontations take place only because the characters have different beliefs and different positions.

All the mysteries come from long-lasting ancient civilizations. While looking for clues in the process of antique restoration, occasionally (sometimes) we take the readers out of the modern context into a virtual scene of the long gone past.

Her Sword is a tetralogy that started in 2018, with its finale scheduled for 2022. Aside from the novels, we have adapted Her Sword into interactive formats featuring virtual reality and augmented reality. At present, we are developing Her Sword into a TV series.

Ruchu Ying, 22, a rookie antique restorer who is used to keeping to herself and committed to her craft.

Hsiao Liam, 27, a professional bronze appraiser and the human form of Dark Night, a jet-black sword from the 11th century BC.

Wolf, 29, a well-traveled world mercenary and the human form of a war machete from a belligerent general in the second century BC.