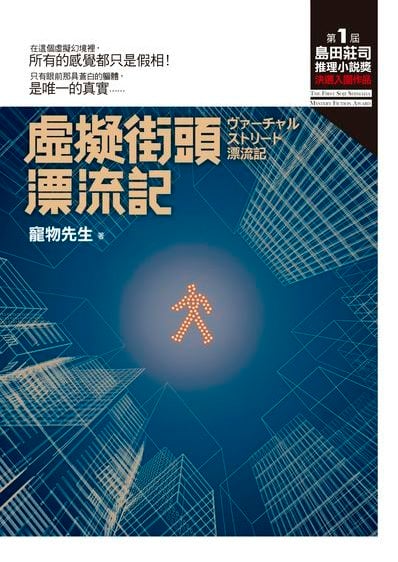 A dead body appears in the virtual tech world. How do you break through the border between virtual and reality — and murder people?

After a major earthquake ruins Ximenting in Taipei in 2014, the area crumbles into a symbol of decay. Even though people miss the place, it is impossible to return the area back to glory. The government sees an opportunity and commissions a tech company in 2020 to develop a virtual shopping district called VirtuaStreet. Based on Ximenting in 2008, it is supposed to “look real, feel real, and sound real”.

One day during the last testing stage, designers Dashan and Xiaolu enter VirtuaStreet to investigate data issues, but they are surprised to see a dead body. Police investigations indicate that the victim was struck on the head. However, the body in the real world is in a locked room, and law enforcement cannot identify any weapons in the virtual world.

System records show that when the murder took place, only Dashan and Xiaolu were in VirtuaStreet…

Dashan: An engineer who lives with his daughter, Elly. His major achievements are the virtual shopping district VirtuaStreet at Ximenting commissioned by the government, as well as an important person in his life.

Xiaolu: Following a car accident, she now lives with her nominal “mother”, who is only 12 years older than her. Xiaolu works with Dashan on VirtuaStreet.