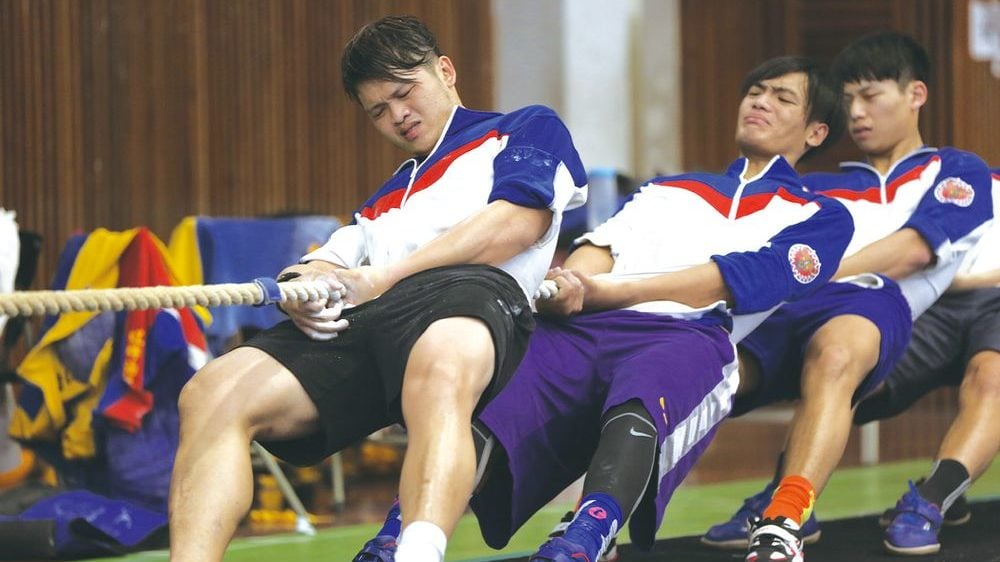 A group of young men in Nantou County formed a tug of war team named Da Benniu (Big Stupid Bull). The unheard-of team had little resources and could only use Nantou High School as a training venue. In 2014, they brought home Taiwan’s first tug of war world championship. In 2016, they set their eyes on becoming the first Asian team to claim two consecutive tug of war world championships. Some people were thrilled at the opportunity. Some were forced to return to the game because they didn’t have other expertise. As the athletes returned to the training venue, they were faced with a dire situation — a lack of government sports grants. With the world championships approaching, the team coach and athletes had no luck in raising any funds for their trip to compete in the games hosted in the Netherlands. Just when they were about to give up, a school alum made a fundraising video that raised enough funds for the entire team to travel in just two days. However, not only was the fundraising process challenged by the principal of Nantou High School, the team was not accepted by the Chinese Taipei Tug of War Association. With just one week away from the games, should the team let go of the rope in their hands? They couldn’t help but wonder: Who is the real opponent? Is it the tug of war competitors in the Netherlands? Or is it the opposing voices of those around them?