Guardians of the Jade Mountain 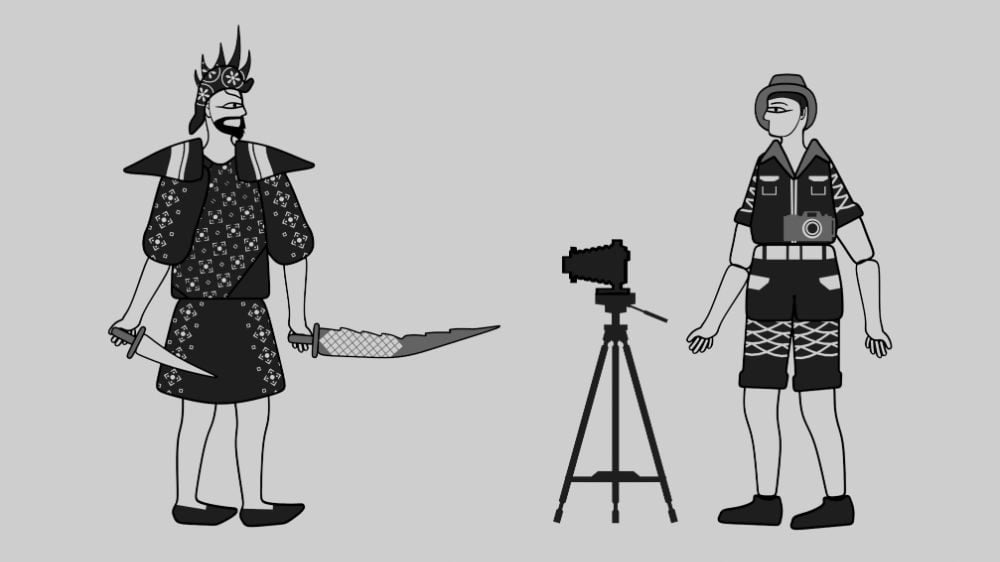 This project tells the story of an unlikely friendship between the chief of the Bunun clan (Taiwan’s indeginous people) and the Japanese anthropologist Ushinosuke Mori at the beginning of the 20th century, during the Japanese occupation of Taiwan. An ethnological investigation in search of traces of the past, Guardians of the Jade Mountain explores the notion of enemy when one is not defined by nationality but seen as an individual with his own origin and background.

KWON Hayoun studied at Le Fresnoy Art School in France and co-founded Innerspace VR. Her work includes one of the first documentaries in VR: D.M.Z., Memories of a No Man’s Land and more recently the installations Gauguin Inner Journey for Grand Palais/Musée d’Orsay in Paris, Peach Garden (distributed by Diversion Cinema), Xth Attempt for the National Museum of Contemporary Art in Seoul and Kubo Walks the City, selected at the New Images (Paris) and Tribeca (NY) 2022 festivals.